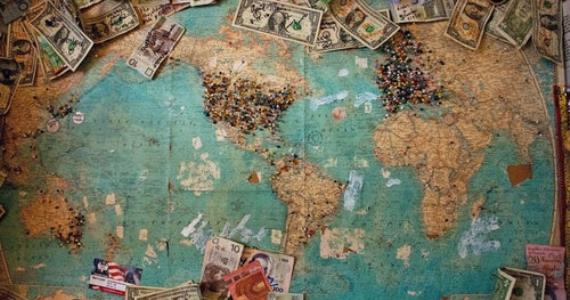 The calendar year is coming to a close but some markets are struggling to make the finish line in good shape. We’re in a twilight zone where Trump, trade wars and countries like China and Turkey could present risks to Australian investors over coming months. These are important to be aware of, even though the future is beyond prediction.

Wall Street is close to the record highs set in January 2018. Indeed the NASDAQ Index, which is dominated by technology shares such as Apple, Amazon and Facebook, has been the best performing share index so far this year. Lower taxes, a strong US economy and mild wages growth has seen corporate profits surge in 2018. Many investors consider this the ‘best of all possible worlds’ for US shares and have piled money into Wall Street.

However this optimism could easily falter. The US mid-term elections in November 2018 could also see Republicans lose control of Congress. If this occurs, the Trump corporate tax cuts may be challenged by the Democrats. The Mueller investigation into collusion with Russia during the 2016 election campaign is also a threat to President Trump’s standing. Hence political risk could dominate both Washington and Wall Street in the final months of 2018.

The US Federal Reserve (Fed) is determined to increase interest rates.

The Fed has provided guidance for gradual interest rate rises over the coming year. Yet guidance is not a guarantee. Should US inflation start to sharply rise, the Fed could surprise with more aggressive interest rate rises. Higher interest rates would have a direct impact on company profits, damaging Wall Street prospects and investor returns.

The Trade War is escalating rather than fading

The opening shots in this campaign were President Trump’s twitter line in May that “trade wars are good and easy to win”. Since then, the trade conflict has only intensified. The US has implemented tariffs on steel and aluminium imports and targeted US$50 billion in select Chinese imports. President Trump has threatened another US$200 billion of Chinese imports with tariffs. China has responded with tariffs on US exports.

These tariffs will see US businesses and consumers confront higher prices for imported goods, like mobile phones, computers and toys. Higher prices, which means rising inflation, could further accelerate the pace of interest rate rises from the Fed. This is hardly “good” for the US economy, share markets and interest rates.

The ‘Turkish bath’ for emerging markets

Emerging markets are low income economies with less advanced financial systems. While these economies have strong long-term growth prospects, they also feature higher financial and political risks. China and Turkey are two key emerging economies that have been prominent in 2018.

China’s share markets have disappointed this year with negative returns. The trade war with the US, as well as concerns over high company and local government debt, has seen Chinese share investors become more cautious. China’s economic growth also appears to be slowing, casting doubt over company profit prospects.

Turkey’s financial waters have also become heated. Inflation has been rising and now stands above 15%. That means the average price of goods and services is rising 15% each year. Turkey is also running large budget and trade deficits.

European banks have provided significant capital investments and loans to Turkey. Turkey is also a potent political risk given its proximity to Syria and as a member of Europe’s NATO defence organisation. A key lesson of the Asian Crisis in 1997-98 with Thailand is that even when small components of the global economy break down, they can have dramatic consequences. The potential contagion risk from Turkey to global markets bears watching.

Australia’s economy seems to be ending 2018 in better health. Business surveys are positive, there is strong jobs growth and the unemployment rate has fallen to 5.3%.

However Australians are still worried, judging by subdued consumer sentiment surveys and slow retail spending. High electricity prices, the burden of large debt obligations and slow income growth are the key concerns. Add to this a housing market that is cooling, with tighter lending standards coming from the banks. The immediate path ahead for the average Australian is a tough one.

Fortunately the lucky country seems to have a few positives. Exports are still growing and infrastructure spending on road and rail are supporting the economy. However Australia remains dependent on a prosperous global economy. The ‘T’ risks with President Trump, US interest rate tightening, trade wars and Turkey will require vigilance as 2018 comes to a close.

Past performance is not a reliable indicator of future performance. The value of an investment may rise or fall with the changes in the market.

MLC may use the services of NAB Group companies where it makes good business sense to do so and will benefit customers. Amounts paid for these services are always negotiated on an arm’s length basis.