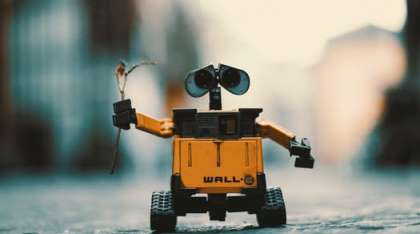 It’s been a generation since inflation last ravaged Australia, with costs for ordinary consumer goods rising on a seemingly daily basis. Indeed, in the wake of the global financial crisis, inflation in many countries has been lower than policymakers would like.

Low inflation, it turns out, can be a problem too.

Over time, declining or stagnant prices can strangle economic growth, depress workers’ earnings and erode standards of living. That’s why central banks here and in the US, Japan and Europe have tried to nudge inflation upwards to 2% or so – a rate thought sufficient to keep prices and wages rising without causing consumers too much pain.

The causes of low inflation range from globalisation, sluggish economic growth around the world (including a slowdown in China), and “transitory” factors” such as cheaper mobile phone plans.

But they’re not the whole story, according to Joe Davis, Vanguard’s global chief economist.

“Technology is an important, and often overlooked, challenge that central banks face in sustainably meeting their inflation targets,” said Mr Davis. “Our calculations reveal that technology’s role in the economy is growing exponentially. And, of course, technology’s reach extends well beyond Silicon Valley.”

You may not have heard of Moore’s Law, but you’ve been affected by it.

Coined by Gordon Moore, founder of the US tech giant Intel, Moore’s Law began as a way of explaining the swift improvement in computers’ processing abilities. Lately it’s become shorthand for the spread of ever more powerful – and cheaper – technologies. We see it in consumer electronics: the mobile phone that’s twice as powerful and half as expensive as the one you replace, or the new TV that is flatter, sharper, and cheaper than last year’s model. These direct effects drag down measures of inflation for those products.

“Moore’s Law is about more than mobiles, TVs and Amazon Prime,” Mr Davis said. “Its knock-on effects restrain the need for higher prices in every corner of the economy, not just in high-tech products. In an increasingly digitised world, the cost of producing many goods and services keeps inching lower and lower.”

By analysing detailed industry data from the US Bureau of Labour Statistics and Bureau of Economic Analysis, Vanguard found that improvements in technology reduced annualised inflation in the US by half a percentage point. Without Moore’s Law, in other words, that elusive 2% inflation target would have been achieved years ago. Interest rates would be higher.

“The impact is most pronounced in technology-intensive industries,” Mr Davis said. “Moore’s Law helps explain how investment managers like Vanguard can serve clients at ever-lower cost. It’s key to the lower-cost electric cars rolling off assembly lines in Silicon Valley and Detroit. And it helps explain the slowing rates of inflation in fields like education and retailing.”

So far, there’s little sign that policymakers at the US Federal Reserve are factoring Moore’s Law into their discussions about why their 2% inflation target keeps slipping into the future.

“Moore’s Law deserves a seat at the table,” Mr Davis said. “It provides a more complete and accurate picture of the forces that shape monetary policy and inflation. And it bolsters Vanguard’s long-held view that lower unemployment is less likely to set off the kind of inflation rises that it did before Moore’s Law was in full effect.

“We live in a digital world that makes 2% inflation harder to achieve,” he added. “To ensure a victory in their fight, policymakers need to better appreciate this new technological challenger in the ring.”

Vanguard Investments Australia Ltd (ABN 72 072 881 086 / AFS Licence 227263) is the product issuer. We have not taken yours and your clients’ circumstances into account when preparing this material so it may not be applicable to the particular situation you are considering. You should consider your circumstances and our Product Disclosure Statement (PDS) or Prospectus before making any investment decision. You can access our PDS or Prospectus online or by calling us. This material was prepared in good faith and we accept no liability for any errors or omissions. Past performance is not an indication of future performance.

Important: Any information provided by the author detailed above is separate and external to our business and our Licensee. Neither our business, nor our Licensee take any responsibility for their action or any service they provide. Any links have been provided with permission for information purposes only and will take you to external websites, which are not connected to our company in any way. Note: Our company does not endorse and is not responsible for the accuracy of the contents/information contained within the linked site(s) accessible from this page.