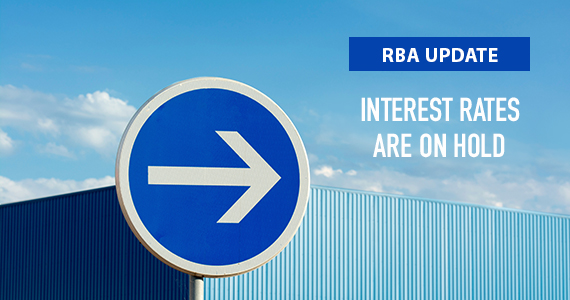 Inflation has increased sharply in many parts of the world. Ongoing supply-side problems, Russia’s invasion of Ukraine and strong demand as economies recover from the pandemic are all contributing to the upward pressure on prices. In response, bond yields have risen and expectations of future policy interest rates have increased.

The Australian economy remains resilient and spending is picking up following the Omicron setback. Household and business balance sheets are in generally good shape, an upswing in business investment is underway and there is a large pipeline of construction work to be completed. Macroeconomic policy settings also remain supportive of growth and national income is being boosted by higher commodity prices. At the same time, rising prices are putting pressure on household budgets and the floods are causing hardship for many communities.

Wages growth has picked up, but, at the aggregate level, is only around the relatively low rates prevailing before the pandemic. There are, however, some areas where larger wage increases are occurring. Given the tightness of the labour market, a further pick-up in aggregate wages growth and broader measures of labour costs is in prospect. This pick-up is still expected to be only gradual, although there is uncertainty about the behaviour of labour costs at historically low levels of unemployment.

Inflation has increased in Australia, but it remains lower than in many other countries; in underlying terms, inflation is 2.6 per cent and in headline terms it is 3.5 per cent. Higher prices for petrol and other commodities will result in a further lift in inflation over coming quarters, with an updated set of forecasts to be published in May. The main sources of uncertainty relate to the speed of resolution of the various supply-side issues, developments in global energy markets and the evolution of overall labour costs.

Financial conditions in Australia continue to be highly accommodative. Interest rates remain at a very low level, although fixed mortgage rates for new loans have risen recently. The Australian dollar exchange rate has appreciated due to the higher commodity prices and, in TWI terms, is around the level of a year ago. Housing prices have risen strongly over the past year, although some housing markets have eased recently. With interest rates at historically low levels, it is important that lending standards are maintained and that borrowers have adequate buffers.

The Board’s policies during the pandemic have supported progress towards the objectives of full employment and inflation consistent with the target. The Board has wanted to see actual evidence that inflation is sustainably within the 2 to 3 per cent target range before it increases interest rates. Inflation has picked up and a further increase is expected, but growth in labour costs has been below rates that are likely to be consistent with inflation being sustainably at target. Over coming months, important additional evidence will be available to the Board on both inflation and the evolution of labour costs. The Board will assess this and other incoming information as its sets policy to support full employment in Australia and inflation outcomes consistent with the target.