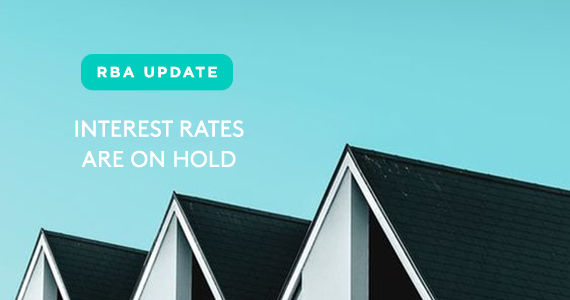 At its meeting today, the Board decided to leave the cash rate unchanged at 0.75 per cent.

The outlook for the global economy remains reasonable. There have been signs that the slowdown in global growth that started in 2018 is coming to an end. Global growth is expected to be a little stronger this year and next than it was last year and inflation remains low almost everywhere. One continuing source of uncertainty, despite recent progress, is the trade and technology dispute between the US and China, which has affected international trade flows and investment. Another source of uncertainty is the coronavirus, which is having a significant effect on the Chinese economy at present. It is too early to determine how long-lasting the impact will be.

Interest rates are very low around the world and a number of central banks eased monetary policy over the second half of last year. There is an expectation of a little further monetary easing in some economies. Long-term government bond yields are around record lows in many countries, including Australia. Borrowing rates for both businesses and households are at historically low levels. The Australian dollar is around its lowest level over recent times.

The central scenario is for the Australian economy to grow by around 2¾ per cent this year and 3 per cent next year, which would be a step up from the growth rates over the past two years. In the short term, the bushfires and the coronavirus outbreak will temporarily weigh on domestic growth. The household sector has been adjusting to a protracted period of slow wages growth and, last year, to a decline in housing prices, with the result that consumption has been quite weak. Following this period of balance-sheet adjustment, consumption growth is expected to pick up gradually. The overall outlook is also being supported by the low level of interest rates, recent tax refunds, ongoing spending on infrastructure, a brighter outlook for the resources sector and, later this year, an expected recovery in residential construction.

The unemployment rate declined in December to 5.1 per cent. It is expected to remain around this level for some time, before gradually declining to a little below 5 per cent in 2021. Wages growth is subdued and is expected to remain at around its current rate for some time yet. A further gradual lift in wages growth would be a welcome development and is needed for inflation to be sustainably within the 2–3 per cent target range. Taken together, recent outcomes suggest that the Australian economy can sustain lower rates of unemployment and underemployment.

There are continuing signs of a pick-up in established housing markets. This is especially so in Sydney and Melbourne, but prices in some other markets have also increased. Mortgage loan commitments have also picked up, although demand for credit by investors remains subdued. Mortgage rates are at record lows and there is strong competition for borrowers of high credit quality. Credit conditions for small and medium-sized businesses remain tight.

The easing of monetary policy last year is supporting employment and income growth in Australia and a return of inflation to the medium-term target range. The lower cash rate has put downward pressure on the exchange rate, which is supporting activity across a range of industries. Lower interest rates have assisted with the process of household balance sheet adjustment. They have also boosted asset prices, which in time should lead to increased spending, including on residential construction. Progress is expected towards the inflation target and towards full employment, but that progress is expected to remain gradual.

With interest rates having already been reduced to a very low level and recognising the long and variable lags in the transmission of monetary policy, the Board decided to hold the cash rate steady at this meeting. Due to both global and domestic factors, it is reasonable to expect that an extended period of low interest rates will be required in Australia to reach full employment and achieve the inflation target. The Board will continue to monitor developments carefully, including in the labour market. It remains prepared to ease monetary policy further if needed to support sustainable growth in the economy, full employment and the achievement of the inflation target over time.